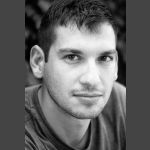 Author Kenneth R. Rosen will discuss his recent critically acclaimed book, Troubled: The Failed Promise of America's Behavioral Treatment Programs, in this Zoom webinar. The book was a New York Times Editor's Choice; one of Newsweek's Most Highly Anticipated Books of the Year; and a Bustle Best Book of the Year. It has been optioned separately as a feature film and a docuseries.

About The Book: In the middle of the night, they vanished. Each year thousands of young adults deemed out of control―suffering from depression, addiction, anxiety, and rage―are carted off against their will to remote wilderness programs and treatment facilities across the country. Desperate parents of these “troubled teens” fear it’s their only option. The private, largely unregulated behavioral boot camps break their children down, a damnation the children suffer forever.

Acclaimed journalist Kenneth R. Rosen knows firsthand the brutal emotional, physical, and sexual abuse carried out at these programs. He lived it. In Troubled, Rosen unspools the stories of four graduates on their own scarred journeys through the programs into adulthood. Based on three years of reporting and more than one hundred interviews with other clients, their parents, psychologists, and health-care professionals, Troubled combines harrowing storytelling with investigative journalism to expose the disturbing truth about the massively profitable, sometimes fatal, grossly unchecked redirection industry.

About The Author: Kenneth R. Rosen has written for the New Yorker, the New York Times Magazine, VQR, and the Atlantic. He is a contributing writer at WIRED and the author of Bulletproof Vest. He spent six years at the New York Times, his hometown newspaper. Kenneth is a two-time finalist for the Livingston Award in international reporting. Among other honors, he received the Bayeux Calvados-Normandy Award for War Correspondents for his reporting on Iraq in 2018 and was a finalist for his reporting on Syria in 2019. He now divides his time between northern Italy and Massachusetts.

This program is a collaboration with the Tewksbury Public Library and other area libraries.

Funded by your donations to the Friends of the Newburyport Public Library.